Results from Week 3 of the Brass Monkey Taipei Touch League are in. Some great games was played with Taipei Baboons drawing with Taipei Hulks 2 – 2, only to have KGB running all over the Baboons 5 – 0 in the next game. A scintillating repeat of season’s semi-final, KGB taking on Sexy Beasts for the first time this season. Sexy Beast threw everything at the KGB, but the latter were too slick and inflicted Sexy Beast’s first defeat this season (4 – 2).

Thanks to our week 2 sponsors Redpoint Brewing Company for their 台P.A.s, KGB for the MVP meal coupons, Mr. Sausage’s Kitchen for the sausage & buns, and Leo’s Tuckshop for delicious homemade New Zealand styled pies.

TBMTTL 3.0 has 112 players registering in seven teams. They are the defending Cup Champions The Taiwan Celts, Sexy Beasts, KGB, defending Plate Champions Taipei Hulks, Mr. Sausages, new comers Taiwan Galaxy and Taipei Baboons who will battle it out on the field over four rounds.
We must thank our sponsors: The Brass Monkey, meal vouchers from KGB, delicious pies from 里奧的灶咖 – Leo’s Tuck Shop, really nice socks from Michael Peng (多巴胺的家 Dopamine Digital Marketing). Thank you all! 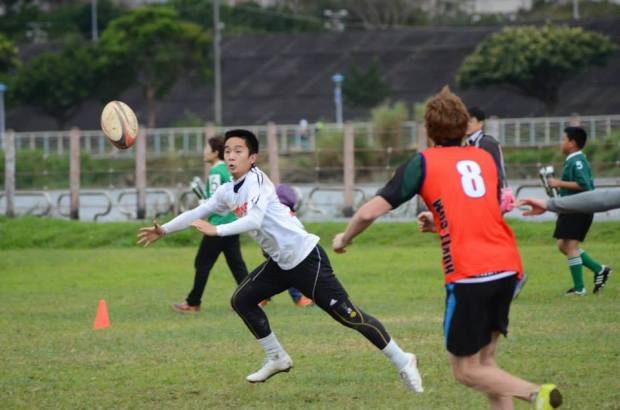 This year, well over 200 people participated in the 2013 Chinese Taipei Touch Tournament with 12 teams entering the Open Mixed Division and 4 teams in the Junior Mixed Division.